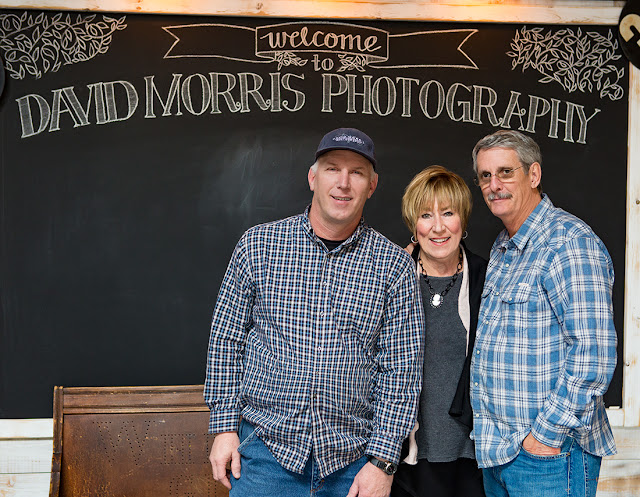 Most photographers have people that have influenced their careers.  Randy and Jeri Masoner were a big influence in my photo career.

Many years ago I met Randy at McClue studios here in Kansas City.  Randy was the studio manager and let me hang out and watch his photographers shoot while I was still going to school.  Fast forward a few years and Randy opened his own studio where he hired me as a freelance photographer to come in from time to time to help photograph product when they didn't have enough staff photographers to finish a project on time.  At that time, Jeri had her own interior design firm she ran out of the same building.  A few years later, Randy and Jeri shut down their KC studio and moved to Dallas.  Randy was hired by Omega studio's to be the studio manager and Jeri was the head set designer.  Omega studios was a 250,000 square foot studio with a huge staff. They shot room sets, product, and apparel for some of the largest big name retailers in the business.  Retailers like J.C. Penneys, Neiman Marcus, Dillards, Nordstrom and Saks Fifth Avenue were some of their clients.  A few years later Randy and Jeri opened their own 23,000 square foot Dallas studio, R&J Creative Images.

From the beginning, I always felt like one of the family.  Randy was always so patient teaching me how to photograph and light. He also taught me to be an efficient shooter and manage time.  Jeri was like the studio mom.  Always caring and kind and would often cook a huge pot of food for all the employees for lunch.  My favorite was her gumbo!  Jeri would always make you feel special and appreciated and that's so rare in a work environment.

Before Randy left for Dallas he asked if I wanted to buy some of his equipment.  I explained I would love to but didn't have the money at the time.  Randy said no problem, just send me $100.00 a month until it's paid off.  He left me with the equipment and we shook hands on the deal.  Randy's trust in me and that equipment deal was one of the biggest aids to get me going in business.  Oh, by the way, I did pay it off and I'm still using that equipment today.

From time to time the Kansas City market would die and there would be no work for months.  I'd call Randy up and see if he would need any freelance help in Dallas.  Somehow every time I called he would find me work.  I'd go to Dallas and work for 2 to 3 weeks or until it got busy back in KC.  Being able to work in Dallas when the Kansas City market was slow was invaluable. This allowed me to keep my doors open and opened my eyes to different styles of lighting and big productions.   Anytime I would have a question about photography or lighting, Randy was more than happy to stop what he was doing and help me solve the problem.

This week Randy and Jeri stopped by the studio on their way through town.

We were able to have lunch and catch up on old times.  If you don't have a mentor or someone you can trust to tell you the truth reach out and find one.  They are invaluable.  Thank you, Randy and Jeri for all the help and encouragement over the years.  It was so good to have your influence in my life and career.