When I talk about the "jet set" I'm not talking about a group of people that fly around the world on their jets. I'm referring to a aircraft hanger where I'm photographing a jet.

We've been having fun lately shooting some high-end jets for ads. It's a blast to have some out-of-the-ordinary challenges that we don't normally have. 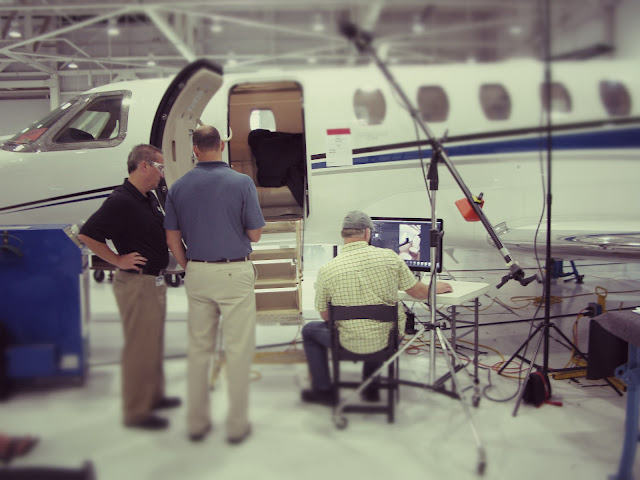 The final shot had a couple of business executives sitting in the seats using iPads. I'll have to show the ad later on, but for now, I think the interior came out looking nice.

It was great making this shot look like we were flying on a bright sunny day with a few clouds, when in reality, we were in a poorly lit aircraft hanger. 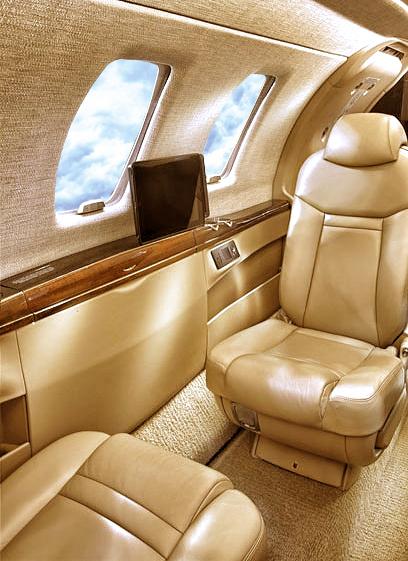 Photography is a trip!