Recently our friend, food stylist, Sarah Hunt invited me up to her home to shoot some editorial shots. She lives in a marvelous old fire station in Omaha Nebraska.  We had no preconceived plan, just knew it was going to feature rhubarb.  I left KC around 5:00am so I could get to Omaha and shoot in some morning light.

Being primarily a studio photographer I work in very controlled environments with all kinds of lighting and equipment at arms length. The fun thing about editorial food photography is you never know what your environment will be and most of the time you travel light.  This time, I traveled with my camera bag, my location computer, a light stand, and a fill card .  The other fun part about editorial food photography is if something cool catches your eye you shoot it.  You are not trying to shoot images to fit within a packaging window or a specific layout, you are visually telling a story about someone or something.

So where do you begin?  Well, the obvious place to start was picking some fresh rhubarb out in the rhubarb patch.  Beautiful morning light allowed me to get some great shots under the rhubarb leaves and some nice shots of Sarah holding the picked rhubarb.  Neither of us were in any hurry so Sarah suggested she could make some fresh homemade biscuits for breakfast and shoot some shots of them with rhubarb preserves.  Who am I to argue!  After eating and shooting some biscuits it was time for lunch.  Sarah, Mark and I went to a great little burger place called Drinkers.  If you're in Omaha, check them out.

After lunch, Sarah made a rhubarb and strawberry pie.  While it was in the oven baking she decided to make a hipster drink called the "The Cracker Queen".  The ingredients included moonshine, Pabst Blue Ribbon beer, rhubarb juice, and who know what else.  Not my cup of tea but visually fun to shoot.  As the title of the post indicates, Sarah had never had rhubarb pie before.  Hot out of the oven I shot some of its precious juices spilling out of the pan.  After shooting some fun shots of the pie we couldn't wait to cut a slice, put some vanilla ice cream on it and head to the back porch for a little slice of heaven.

Sarah, thanks for the invite, great food styling, fun hospitality, and awesome shoot. 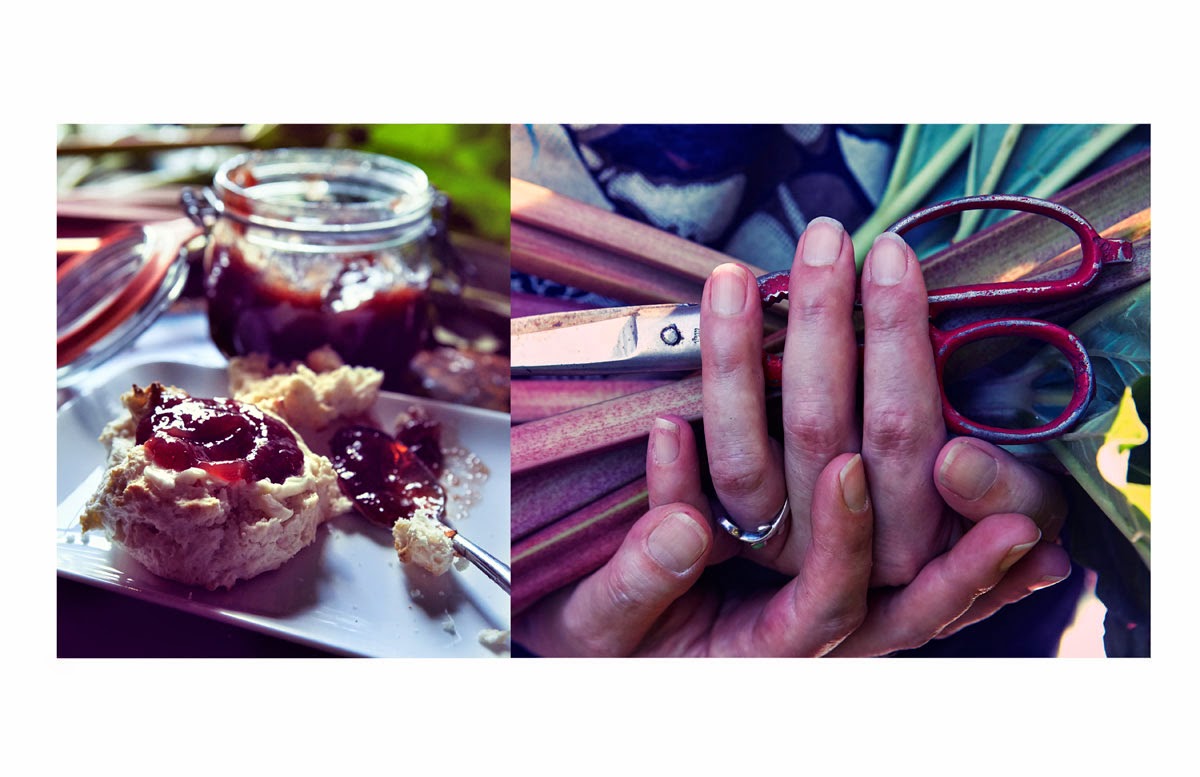 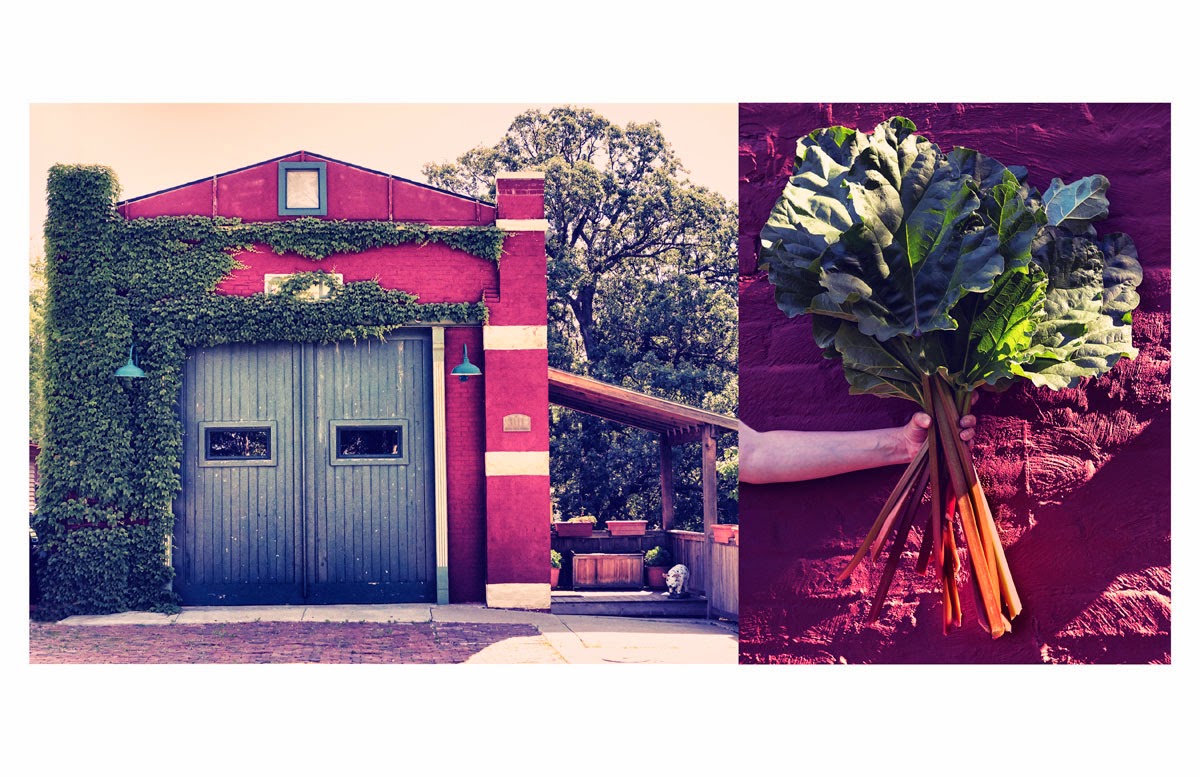 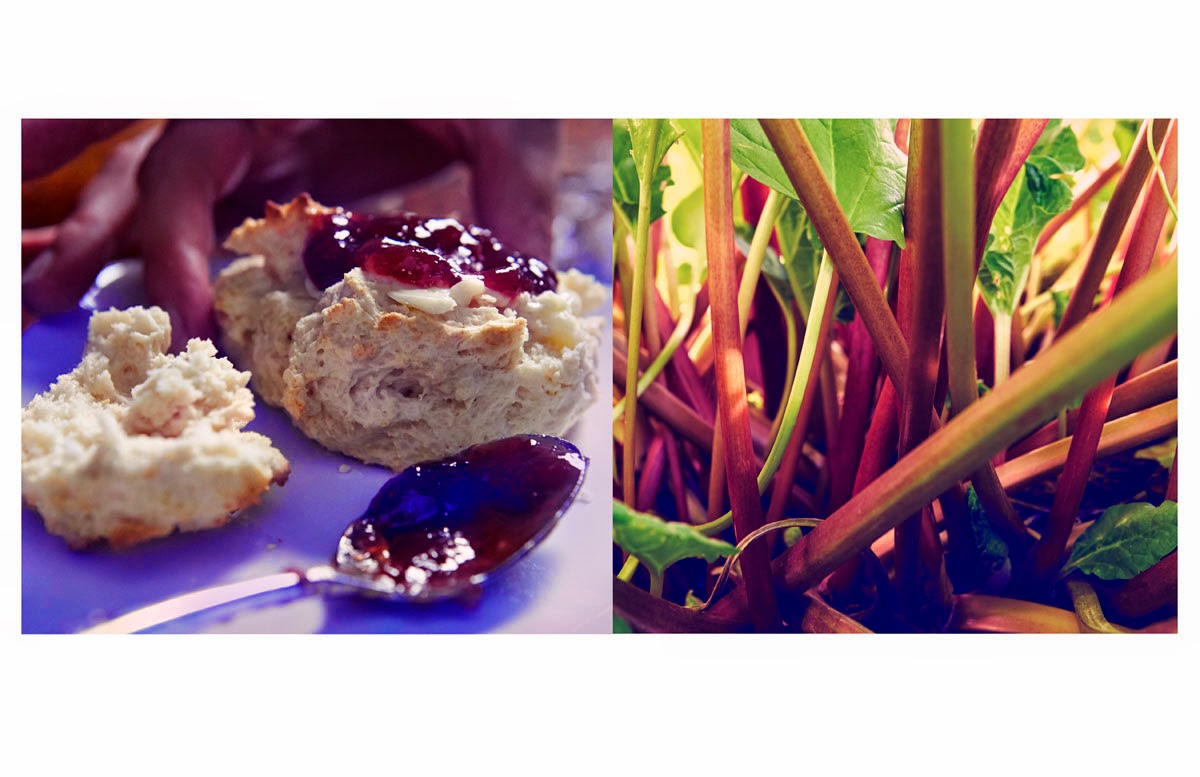 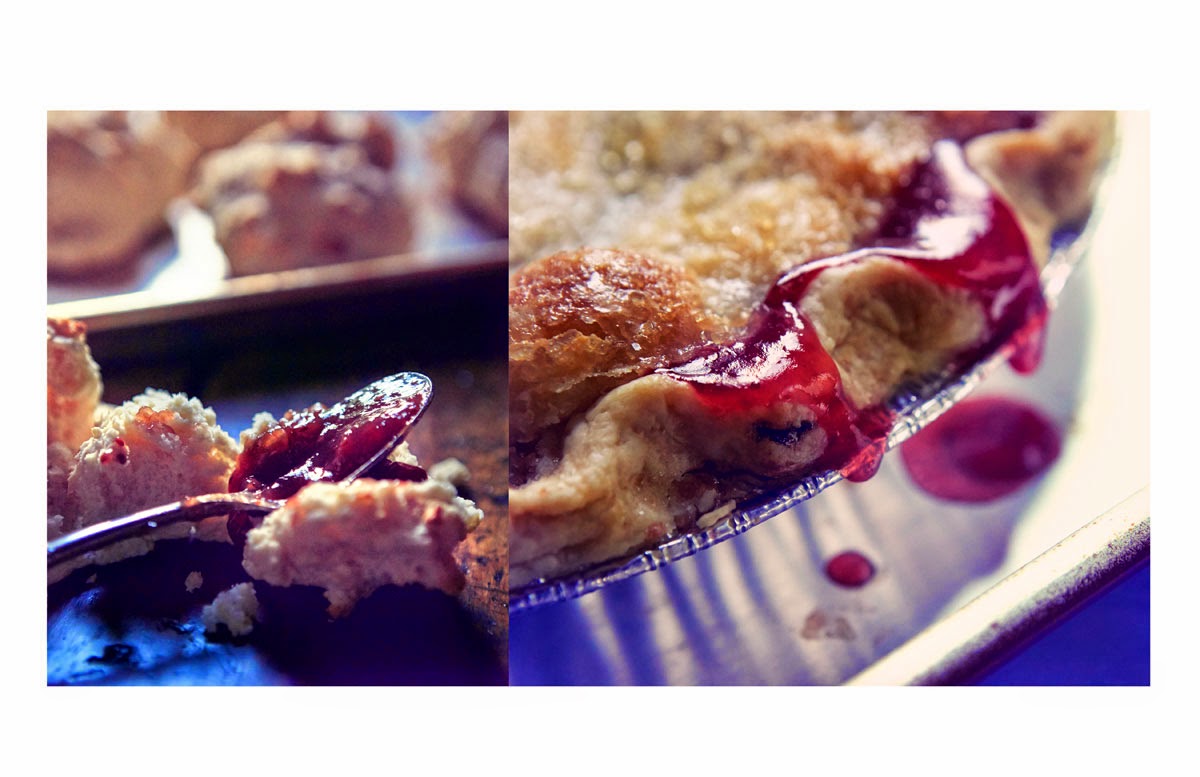 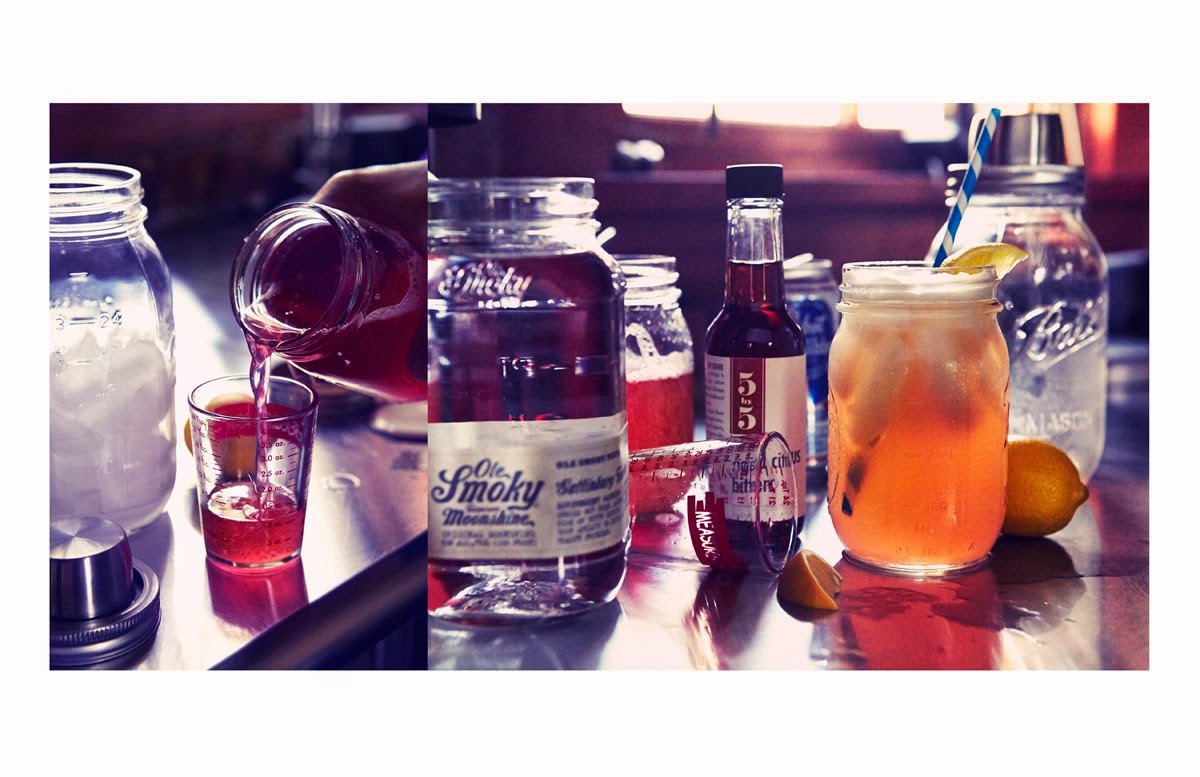